Trading products and client experiences across cultural boundaries creates two-way[1] “waves of culture[2]”, forcing international organizations and their local customers and business partners to negotiate preferences and habits –from bowing, kissing or shaking hands rituals[3] to food tastes, metric and power standards, dressing codes and the nuances of foreign languages and customs.

Culture is not only a vehicle and a set of rules for interaction and communication, but the very substance, the content that innovation can transform in new, valuable intellectual capital[4] –from Bengali microfinance to African low-cost laptops to Colombian coffee, Brazilian regional jets or German recession-proof “Kurzarbeit[5]” labor rules-.

Competition with everyone from everywhere about everything[6] in a world flattened[7] by outsourcing, instant communication and free flows of intellectual and human assets turns every community, market and organization into a cultural melting pot.

Approaches to cross-cultural interaction can go from conquest, to coexistence to fusion.

Companies like Coca-Cola, Disney, Toyota, Adidas, Burberrys or Carrefour succeed by turning their products and services into default global standards for customers hungry for iconic brands, products and client experiences –like Parisians standing in line for a Starbucks’ opening or Chinese paying top dollar for a locally-built Buick-. For these companies and their customers, “international” means “writing the rules”.

Others like the European consortium EADS building the Airbus in fourteen countries, three languages and two metric systems- find more effective to operate as organizational and cultural “patchworks”. For these companies and their clients, “international” means “keeping our rules”.

A growing number of innovative, game-changing companies like Google, Wikipedia, Red Hat, Twitter or Facebook base their business models on co-creating innovative products and services using open, peer-to-peer platforms. For these companies and their clients, “international” means “changing the rules”.

None of these approaches is failure-proof: customers can reject McDonalds’ or Wal-Mart uniformity and American-centric standards as heavy-handed acculturation or unfair competition, turning trade and shopping into politically exploitable “clashes of civilizations[8]”. US-trained managers may cringe at EADS “United Nations”-style governance. Risk-averse investors may scoff at Wikipedia’s deliberative, open approach to managing an international corporation.

In order to maximize globalization’s potential for innovation and intellectual capital creation, we will discuss a model that might help individuals, teams and organizations to select and combine three approaches to multi-cultural collaboration: global, multinational and international.

The global approach to cross cultural business and collaboration is based on the adoption of a single, common framework, brand and standardized products, processes and client experiences as a “universal” system to be replicated everywhere.

Powerful civilizations[1] –from Aztecs, Greeks and Romans to Britain in the 19th century and the United States in the 20th- became global powers by actively disseminating their language, religion, institutions, customs and even their metric and construction standards[2].

Corporate titans like IBM and Arthur Andersen built their global networks by enforcing strict “one language, one method, one firm” standards on hundreds of subsidiaries around the world[3]. Career paths, retirement and benefits, business meals and even off hours activities were also carefully designed in order to create loyalty to what Canadian social psychologist Eliot Jacques called “quasi-total organizations[4]”.

Convenience and reliability make also global brands symbols of security and comfort for customers from Haiti to Hamptons.

The global approach and attitude often underestimate the value and strength of the local culture, generating disconnects with local customers that can sometimes turn into cultural backlash.

It was only after a candid discussion with his French managers that Disney’s CEO Michael Eisner realized that his “global”, US-based pricing of Euro Disney’s hotels was driving visitors away to stay in cheaper Paris rooms 50 miles away.

Other global-oriented companies were less attentive or fortunate: Wal-Mart’s and McDonalds’ aggressive global expansion as “all American” iconic brands made them an easy target for anti-globalization forces all over the world.

A global approach works best when:

The multinational approach is based on keeping and even encouraging the coexistence of multiple cultural standards.

With few exceptions –most notably Japan[1]- European[2] and Asian[3] political and economic systems evolved after two devastating global wars in the 20th century[4] into multinational and multicultural federations of pre-existing nations and cultures with different languages, metrics and traditions, held together by minimum common standards –like a shared language, currency or federative government- coexisting through laborious negotiation among fiercely defended economic and political autonomies.

In a “post-American[5]”, multipolar world, backlash against global approaches and their attempts to export their standards –from products to free market or liberal democracy-[6] can force governments and organizations into adopting multicultural policies, “localizing” products and practices to reduce risk and conflict[7].

By accepting multiple standards and a few “middle of the road” rules as a common ground, a multinational approach allows smaller and diverse companies to organize rapidly into different forms of alliances and partnerships to compete with larger and fast growing global-minded players.

The multinational approach can also help leverage the strengths of multiple smaller partners by combining their comparative advantages -such as lower wages, infrastructure, better educated workforce, location or climate- in a common value creation chain.

European companies –particularly those with some degree of government participation such as EADS, Aerospace-BAC (builders of the Airbus and Concorde, respectively), Renault-Nissan, BA-Iberia alliances or Repsol-YPF frequently adopt multinational models of organization and collaboration. Others, like French-based conglomerate LVHM, base their success in marketing a variety of iconic brands with distinctive national identity –such as Moet-Chandon, Hennesy, Louis Vuitton, Gucci or PPR- with different management styles, business models and focus.

“One of the laboratory triumphs of the Euratom scientists was the development of a new kind of reactor system called the “Orgel”. But it took so long to get the six national governments to agree on how it should be produced that the Americans, who were several years behind in this field, will have their product in the market before the Europeans.”[1]

Boeing experienced a delay of almost 3 years over schedule for its critical new plane, the 787, because of its decision to turn to a multinational approach, sourcing out parts of the complex plane to partners around the world that had the right price, but not necessarily the right cultural match.

The dramatic crisis of the once vaunted Euro zone and its painfully slow recovery has been widely attributed to its eclectic approach to a common standard –such as a common currency-, which established a monetary union while letting Northern and Mediterranean countries maintain independent fiscal and economic policies.

Multinational organizations such as the Euro Parliament and the European Central Bank have also been widely criticized choosing a half-way compromise rather than a deeper, systemic resolution.

For all its shortcomings, however, the multinational approach can be successful and recommendable when:

The international approach to collaboration focuses on maximizing the quality of results by combining and integrating different ideas and practices into a superior, game-changing new alternative.

Examples of international strategies based on cultural integration can be traced as far back as Alexander’s transformation from Macedonian conqueror into Persian-sitting ruler of a multicultural empire, leaving after his brief reign a trail of Hellenistic culture and trade, blending languages, traditions and cultures from Greece to India[1]

A 21st century version of Hellenistic internationalism can be found in international business “melting pots” such as Silicon Valley, Silicon Fen (UK) or the emerging technology and finance centers in India, China, Singapore or Dubai, where a multinational workforce interacts with customers and partners around the world communicating in global English[2].

Google[3], Facebook, Wikipedia or Linux are current examples of successful companies following an international approach to collaboration as Edison’s Menlo Park labs[4] and Hewlett Packard’s “skunk teams[5]” did during the 20th century.

International companies are frequently co-created by enthusiast fans and early adopters of their game-changing collaborative business model forming communities of users –such as eBay’s, Amazon’s or PayPal’s ecommerce platforms- or product –as wikis, tweets or Apple’s apps. -

International collaboration can be costly, hard to manage within budgetary and time constraints and fail to deliver in time.

An international approach to collaboration can be effective when:

What is your organization's approach? Check it with the Matrix I developed in the full article. 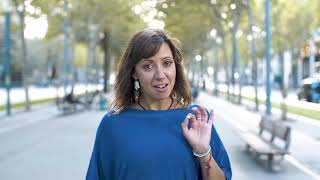